ALERT: Preparing for Hurricane Season
Skip to primary navigation Skip to content
You are currently searching within the Cassidy Speaks to Union Parish Chamber and Ruston Rotary Club section.
06.29.22

MONROE – Today, U.S. Senator Bill Cassidy, M.D. (R-LA) spoke to the Union Parish Chamber of Commerce and the Rotary of Ruston Club on his work on behalf of Louisiana. He discussed his Infrastructure Investment and Jobs Act (IIJA), which is already delivering benefits for those communities. He also touched on energy production, inflation, and his bi-partisan effort to pass legislation that will reduce gun violence while strengthening the Second Amendment.

“The full potential of North Louisiana communities like Ruston and Farmerville can be more quickly achieved with the help of the Bipartisan Infrastructure Bill, whether it’s better roads, better sewer systems, or giving everyone access to broadband Internet,” said Dr. Cassidy. “This is all made possible by our bill.”

Already, Union Parish has benefitted from the infrastructure bill, with the Superfund site Marion Pressure Testing in Marion receiving funding to begin remediation work. This site had previously been stalled for over four years due to a lack of funding. Additionally, the Ruston Regional Airport received $295,000 last year from the bill, and the Union Parish Airport received $159,000.

At the Chamber breakfast, Cassidy was welcomed by Mr. Jon McKinnie, President and CEO of the Chamber.

“The citizens of Union Parish appreciated Senator Bill Cassidy’s visit to our area today,” said Mr. McKinnie. “He gave us an update on the many things concerning everyday Americans, including infrastructure, inflation, fuel prices, immigration, violence, Roe vs. Wade, and many other issues we face every day. We encourage our U.S. Senators and Congressmen to work in the best interest of their constituents, and support legislation that will keep America strong and adhere to the Constitution.” 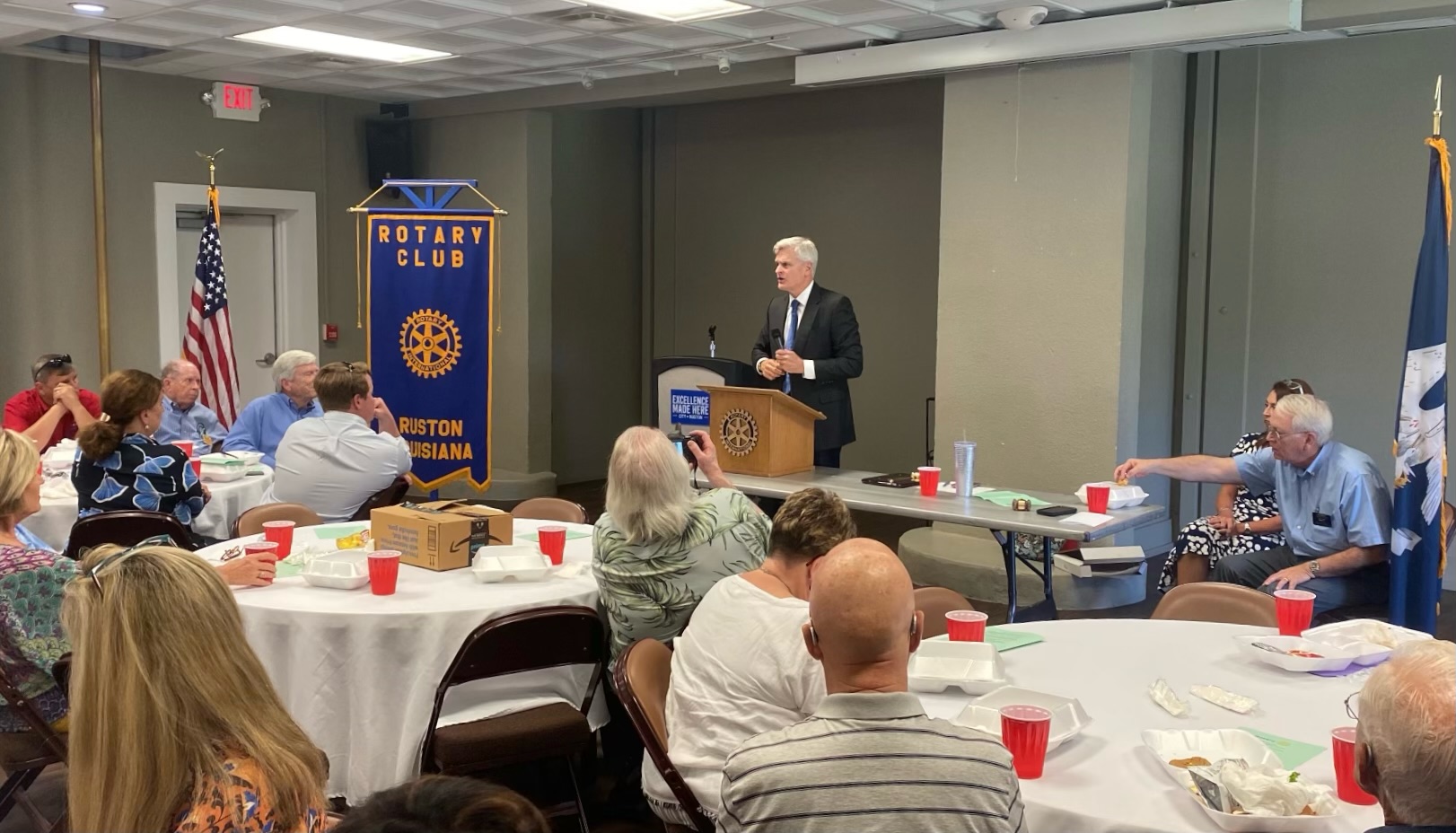 Additionally, Cassidy was greeted by Rotary of Ruston Club President Lori Wyatt during his visit there.

“We thank Senator Cassidy for visiting Rotary of Ruston today,” said Ms. Wyatt. “His advocacy in Washington has delivered substantial assistance to our community, including a federal grant last August to build sidewalks, bike lanes and drainage in Ruston. We look forward to his continued work on behalf of Ruston and North Louisiana.”